Alastair, a Brother with Brothers

Not a story people may want to read. But today the 29th May 2017 marks quite a milestone for me. An anniversary of sorts.

''I only really learned how to live my life by trying to end it''.

On this day 6 years ago, after a bit of a rough patch (which I kept to myself) I tried to take my own life.
Afterward, I was struck with so much guilt from what I had done that I couldn't really come to terms with my own actions. I took it out on myself mentally and physically and hurt myself and those around me.

I couldn't process why I had made the decision but my thoughts were scattered and as follows:
The situation was so unbearable, I couldn’t think of an alternative.

I felt trapped. There was no other way I could get away.

I was just so agitated and completely on the edge all the time, I needed to do something.

I felt overwhelmed and out of control.

I needed to get help and let others know how desperate I felt.

I felt like a failure and a burden. I just wanted to make it easier for those around me.

So at the end of the process, I couldn't figure out what I had done. I had a family that I had just totally disregarded.

However after following my treatment plan and the support of family and friends I pulled through my depression and anxiety, which had now stopped me leaving the house and sometimes even driving my car.
After a suicide attempt, it can be hard to see what the future holds. It might help to see this time as a turning point; an opportunity for you to find your way back. You will still have ups and downs. However, by focusing on the potential for change following your darkest times, and accepting the assistance of others, you can create opportunities that offer hope and direction for your future.

My life has totally changed now - I go out every day to strive and be better than the day before. I have met some truly fantastic people along the way and made many friends.
In a way, I am glad that I have changed my life even if at the time it could have easily gone the other way.
I made a promise to myself to never let depression take a hold of me again. However, this in itself was potentially an immature approach as many know it rears its head every so often so it's been about learning to live with it instead of getting rid of it. It's OK to feel sad when something upsets you, in fact, it’s normal.
So thank you to all those who stood by me. Supported me. Pushed me on. I couldn't have done it without you.
A morbid milestone to reach but one I am happy to admit.

I know some would wonder why I look back on today -, but in an odd sense I only really learned how to live my life by trying to end it. 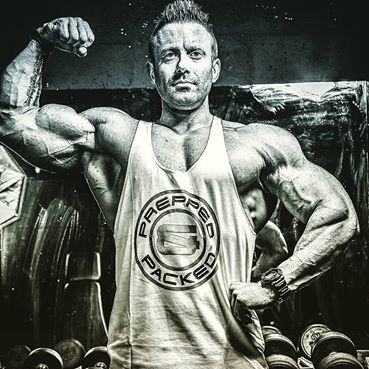