Hi my name is Rhys and I am a Brother

Hi, my name is Rhys and I am a Brother….

After fighting a lengthy battle with mental and physical illness, I finally feel ready to share my story. Whilst I know this will benefit me personally, I really hope that by sharing my struggle I will reach out to others who faced similar demons in their lifetimes.

At the age of 12, a very important and influential man in my life faced a jail sentence, during this period I was dealing with the hardship of my parent’s separation. Seeing the previously stable nature of my family dynamic break down affected me hugely at the crucial turning point in my life of starting high school and becoming a teenager, and influenced a series of unfortunate decisions. At this time I became involved in trouble at School, unable to focus or become motivated and experimenting with drink and drugs at a very young age. When I look back on my decisions now I can see that I made wrong choices but was fuelled by a need to fit in and seem normal.

Around the age of 18, another important stage in my life, I lost someone who I was very close to and looked up to. Attempting to curb my depression, my mum encouraged me to socialise with my friends, taking her advice I picked myself up and managed to join my friends on a night out. On this night I was violently assaulted, this left me with a broken jaw, having to learn from scratch talking and eating. The impact of the assault on me was devastating, I saw myself falling further into bad patterns of substance abuse and depression. Despite several warnings, I always felt immune to consequences and responsibility, which I soon learned was not the case. 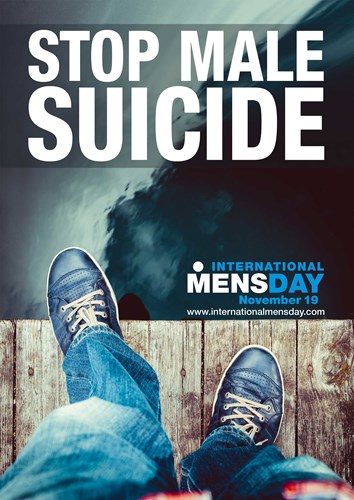 The loss of my grandpa soon after, the man who helped raise me as an important role model in my life, was crushing. My state worsened and eventually, I suffered an intense psychotic episode which heavily affected me and others around me. I was rushed in an ambulance to hospital, with concerns that I was displaying addiction behavioral problems. Before this episode, outwardly I displayed no signs that anything was wrong. I spoke to no one about my problems. Still showing up to work as normal, only I knew how I truly felt and I tried to deal with this alone at this time. Behind closed doors I was experiencing panic attacks, displaying erratic and frustrated behavior, eventually losing an extreme amount of weight.

Following this episode, I began to spiral again, gambling and compulsively spending money, my behavior was classed as psychosis and I was admitted to a closed psychiatric ward, which was a confusing and frustrating time for me. In this time I was put on various medications, subjecting me to depressing side effects, sleeping constantly and having suicidal thoughts and feelings. My mum was devastated by my clear lack of compassion or enthusiasm for anything and everything. I was struggling to come down from massive high, experiencing intense horrific delusions unable to return to normality. Finally, I was stabilised on a secure medication, allowed to make contact with my family who were able to help and support me. Eventually, I was released with a clean slate to live my life.

Despite my security slowly returning to me, I still desperately chased the highs I looked to for distraction from my problems. Following further erratic behavior I became impossible to live with, leading me to become homeless. I spent  4 months living in a homeless hotel, still attending my work and hiding my true feelings and depression from everyone, truly hiding in plain sight. I managed to get a flat of my own and stopped taking my prescribed medication, believing I could face my problems alone without help. Reflecting on this, I know it was one of my worst decisions I have ever made, leading to a final aggressive psychotic episode. In this time I didn’t want to see or speak to anyone. I was put on a strong injection with intense distressing side effects. I was in a locked ward and detained for 28 days, which I look back on as a dark, low point of my life. After 5-6 weeks I was finally moved to an open ward, where I was Able to engage and make contact with others, I feel this was a turning point for me as communication sparked my improvement and progress. I changed psychiatric teams, meeting new specialists whose aim was to find me a medication that worked right for me, specifically for my condition – diagnosed bipolar. After being tried on a range of medications which gave me various problems, I finally was put on the right one. The consistent prescription of this medication has stabilised me and helped me torealise no one can face these problems alone. The positive effects of the correct medication, returning my security and stabilising my behavior have been life-changing, being vital in helping me get to where I am today.

Here is our Just Giving page for the #brotherstayalive-create your own safe space, suicide prevention app 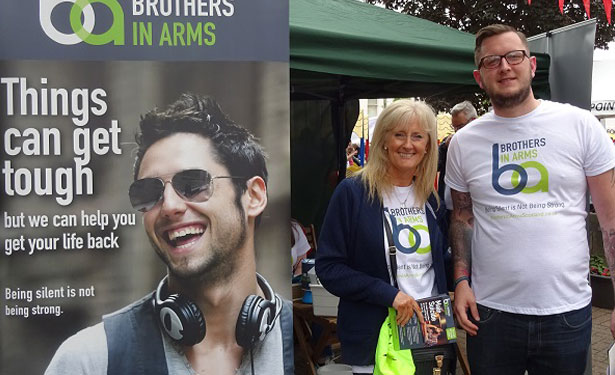