On 11/2/2016- my brother went missing but this was not unusual. Jason liked to party for days at a time had done for years..... But recently there had been events which highlighted just how serious it was that we found him on this occasion.
A few weeks prior he requested to be admitted for sectioning...... This request was denied because he had support. True Jason was staying with my mum but what he needed was professional help, he had willingly went to ask for that help and was refused.
The next few weeks went from bad to worse, efforts to protect Jason unsuccessful.
Jason left my mums on the 11th Feb and from that point, my mum knew he wouldn't be coming home but still held a glimmer of hope. Phoning friends, driving to places he might be, waiting on him making contact but nothing. On the Saturday morning, my mum & dad reported Jason missing to the police.
After hearing this I immediately realised this isn't just the same as any other time that Jason turns up, phones..... This was serious.
So I drove home to be with my mum, reassuring her "he will just be away for some timeout maybe just needed some space", he knew so many people that it was still possible he could have been with a friend we didn't know. But before long everything started spinning out of control, the police made an appeal on social media, everyone started messaging & calling to find out what was going on, family all in my mums waiting for any news, police in taking statements, trying to build a profile of Jason's last conversations, where he had been etc. Inside you can hear every part of you screaming nooooo! this is not real, he will be back anytime wondering what all the fuss is about.
We waited and waited Jason's car had been found and police were now searching for my brother the minutes seemed like hours. Valentine's Day we were told my brother had taken his own life and everything from that point on I can only describe as chaos. It's like your worst nightmare only your awake, your waiting for someone to say it's not true, you can't believe it.
Making decisions your never going to be ready to make but you know you'll never get another chance.
Your preparing for a funeral that you don't want to have to attend it's not how it should be. You feel robbed of the rest of his life he still had to live. His 3 beautiful kids robbed of a dad who loved each one of them with all his heart.
As a family, a part of our hearts left with Jason and through time we may gradually accept what has happened but we will never ever get over it.
The message is this....... The mental health system is failing not just my brother but many others!!! No other family should need to suffer this loss.
Not enough beds
Not enough research
Not enough money
Not enough resources
Suicide is the biggest killer of men and effects too many families for years after losing someone close for it not to be a priority!!! 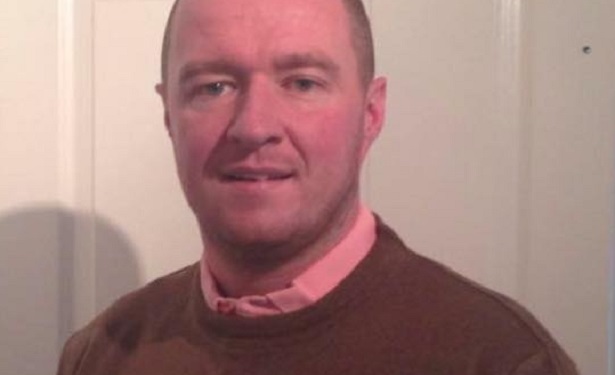