'As boys, we are told to be brave': Brothers on masculinity and mental health 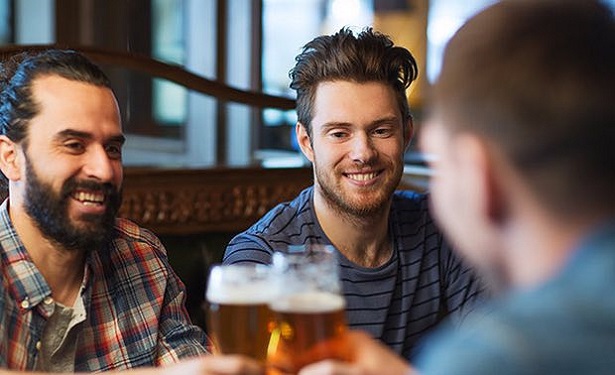 ‘The pressure to be manly stopped me getting help earlier’

Depression feels like there’s a fog surrounding me. It is closing in and I cannot see what’s in front of me. It’s all-consuming and nothing else matters. I can see the fog building but I am powerless to stop it.

'Men need to accept that talking is good and that the hardest part is showing emotion. Walking around with a smile on your face, telling jokes – that’s the easy part. But talking about life and your feelings, rather than how your football team did or how many pints you drank on Saturday night, is much harder'.

Efforts have been made to challenge traditional stereotypes, but there is still pressure on men to be strong, independent, stoical, competitive and tough. According to research published by the American Psychological Association, these “masculine traits” have been linked with mental health issues such as depression and substance abuse.

'Sexist' men are more likely to have mental health issues, study finds, Joel Wong, who led the research team at Indiana University Bloomington, said: “In general, individuals who conformed strongly to masculine norms tended to have poorer mental health and less favourable attitudes toward seeking psychological help, although the results differed depending on specific types of masculine norms.”

The research collated results of more than 70 US-based studies involving more than 19,000 men over 11 years. It focused on the relationship between mental health and conformity to 11 masculine norms. They included a desire to win, need for emotional control, and risk-taking.

We asked a group to talk about their own experiences of mental health and what they thought of this new analysis.