‘The pressure to look a certain way is constant’: How New Year diet culture affects men too 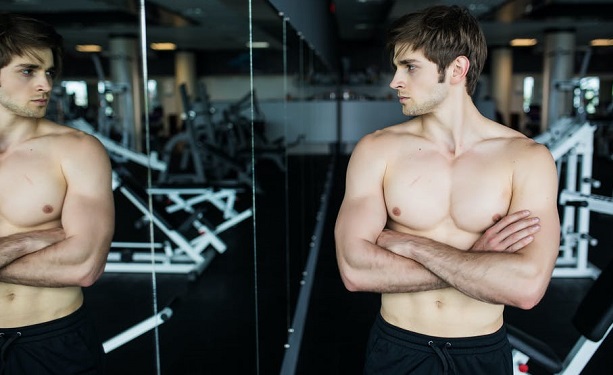 ‘Around New Year especially, people feel the need to change their appearance and become a certain thing’ 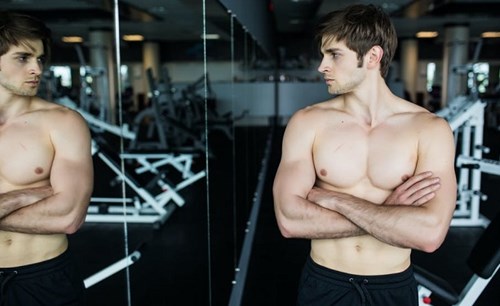 With the start of the new year comes the same tired old messages – lose weight, exercise more and eat healthier. Women are bombarded with diet plans, workout tips and patronising advice from wellness influencers. Though we tell our friends they look great, follow body positive activists and stick a middle a finger up at detox teas, many women still experience body insecurities and feel the pressure to look perfect. And whilst they may keep it quiet, it is exactly the same for young men.

A scroll through Instagram reveals one ex Love Islander Theo Campbell showing off his “body transformation” with a post which includes his weight listed below, whilst Alex Beattie has created a post dedicated to transforming his body in 2022 despite having a “perfect” eight pack. The PT influencers are just the same – Bradley Simmonds tells his near 500,000 followers “summer bodies are made in winter” whilst promoting his workout app. Influencer David Laid promotes his $29.99 training plan which promises if you get nine hours sleep and eat more than 4,000 calories then you will gain “slabs of meat and significant strength” all whilst flexing his veiny muscles.

The chiselled bodies of male Love Islanders, ripped super heroes, personal trainer influencers and men’s fitness magazines all add to creating an unrealistic body image for men to feel they have to work towards if they want to be considered attractive.

21 year old Ross is one is one of the many men who is experiencing the pressure to change his body now the new year has arrived, “on TikTok, I often receive comments about my body such as ‘just workout’ or ‘just eat healthier’. I feel like around New Years especially people feel the need to change their appearance and become a certain thing.”

19 year old student Chris* echoed Ross’s feelings when he told The Tab: “There’s a lot coming from everywhere in life right now, whether it’s friends, family or the media, telling you that now is the time to change.”

CALM (Campaign Against Living Miserably) found 35 per cent of men aged 16 to 40 were unhappy with the way they looked and 48 per cent of men said they’d struggled with their mental health because of it.

CALM’s CEO Simon Gunning told The Tab changes in leisure time, disposable income and access to gyms has led to the image of a “pumped up muscular physique” becoming the societal expectation for men’s bodies. Simon suggests that as a young man it’s hard to push back against these ideals for fear of not fitting in.

He said: “You don’t want to be the outlier. You want to fit in, you want to be a part of what has been sold to you as the societal expectation. It’s very hard because of all the constructs that are reinforced by social media.”

Bulging muscles aren’t the only concern for young men. The Tab spoke to young men who revealed their physical insecurities which range from concerns around their height, chest hair and “man boobs”. Though there has been a big movement to increase body positivity with the inclusion of diverse female bodies by magazines, brands and TV shows this change hasn’t happened for men.

Moving forward Simon says there is no one fix for changing the pressure on young men’s bodies. Challenging the view of what counts as attractive and building confidence in young men is essential Simon argues. A key way of doing this is is opening up conversations. Simon recommends asking for help by offering it, “Quite often a good way of asking for help is to offer help. And when you ask somebody how they’re feeling, ask it twice and really, really mean the question. The problem is unlearning the expectation or behaviours that prevent these things happening; that as a man, you’ve got to be silent, you’ve got to be strong, you’ve got to be tough.”

The Tab spoke to four young men about their feelings towards their bodies and how they want the perception of male body image to change in 2022:

Growing up I had so many body issues so much so that I never took my shirt off in front of anyone. I also wore a compression shirt to hold in my chest (“man-boobs”). Over time I’ve learned to appreciate and even love them at times. Everyone has insecurities and even the most confident people should feel comfortable opening up about them.

I wish people knew male insecurities exist. A lot of times people aren’t open to the idea that men get insecure too, especially with their bodies. They also don’t understand that the beauty standard not only applies to women, but to men as well.

On TikTok, I often receive comments about my body such as “just workout” or “just eat healthier”. I feel like around New Years especially people feel the need to change their appearance and become a certain thing.

I feel so comfortable talking about my insecurities! I haven’t always been like this but I’ve realised as I’m more transparent about my own insecurities, other people begin to open up.

I would love to see more representation inside the fashion industry with different sized male bodies. Once we see a change in the media on what men “should” look like, we can start to have a more honest conversation about the insecurities men face.

‘Young gay men have an awful relationship with weight’

I think most of my relationship with my body revolves around catering it to other people. I care of course about my general health & wellbeing but on a superficial level I only really care about how others see & perceive my body. Any desires or insecurities I think are entirely driven by wanting to achieve a body image that suits other people’s desires.

The biggest issue for me is how particularly toxic the conversations and expectations of body image are within gay men. Very often the stuff that makes you feel most insecure is other gay men and there’s desirable traits that are quite different from those generally placed on straight men I’d say. For instance I think young gay men have an awful relationship with weight, almost every gay man I know is constantly pushing themselves to be as slim as possible.

In 2022 I want to see how much we keep in change. Men are stereotypical awful with handling and vocalising emotions and with body image especially I think that’s true. So many of our personal demons and worries I think we really keep pent up and refuse to really talk about. Men a lot of the time can seem incredibly confident in themselves when in reality they have tonnes of insecurities they just keep behind closed doors.

I feel like compared to other periods of my life I’m less insecure about my body. When I was at school I was a competitive runner and also played for the football team. When I was running I was told I had “footballers legs” and felt a pressure to be skinnier. Then when I played football, there was a pressure to bulk up to compete with kids who were just more physically developed at that time. There was definitely a point where I was maybe exercising in an obsessive way and a contributing factor will have been body image.

Now, I’m insecure about aspects of my body. I’d rather be muscly and have a skinnier waist. But it’s not something that has a big effect on my day-to-day life. I exercise to stay fit or for enjoyment and I eat pretty healthily.

People underestimate the effect the media has on making men feel insecure about their bodies. There’s definitely an unattainable presentation of what a good-looking man is, presented on shows like Love Island. It’s something that’s bound to cause a lot of men distress when they try and fail to look like these men.

‘Who you are should not be defined by how you look’

But I can remember growing up, I was very insecure about my height. I was 15 and I overheard the girl I liked saying “if only he were taller” to her friends. There’s a helplessness with your height that really hurts because you know there’s nothing you can do about it and you are constantly reinforced with the perception that it matters a lot to girls. That definitely used to constantly play on my mind.

Boys can be very supportive of each other’s insecurities but it’s incredibly non verbal. I don’t think I’ve ever sat down my friends and spoken about feeling insecure that I’m not muscular enough but boys are very aware of male body issues as an insecurity. It would never be joked about because almost all boys go to the gym or have weights in their room so everyone is really battling that insecurity or at least feeling the pressure to look a certain way to some extent.

Male body issues and the pressure to look a certain way is constant. It doesn’t need to be a competition and it’s not to undermine or take attention away from female body issues but there needs to be a greater acceptance that in the same way women are constantly given unrealistic body expectations through media portrayal, it happens to men as well. Look at every box office hit film from the past decade and look at the men in them. They all look a certain way and it’s not a skinny kid with no muscles. Those films portray that to be a hero, to be brave and courageous and successful, you have a certain body type. And all boys feel that pressure whether they are secretly doing bicep curls in their bedroom mirror or going to the gym five times a week.

We need to stop equating body type to personality. It’s as if it’s okay to be skinny but then we’re immediately packaged as an indie kid or a bit arty or alternative. Just the same as if you are someone who goes to the gym a lot and are muscular well then you are a gym lad and that comes with it’s own preconceptions about what your personality should be and is. Who you are should not be defined by how you look but with boys it very much feels like it forms part of your personality.

CALM (Campagin Against Living Miserably) is open to all genders. Their helpline is open 365 days a year from 5pm to midnight for people in the UK who are down or have hit a wall for any reason, who need to talk or find information and support. Contact the helpline on 0800 58 58 58. If you need immediate help, please call emergency services on 999 or The Samaritans on 116 123.