An expert explains: How to talk to boys about mental health, girls and growing up

“We need to allow boys to talk about their feelings, and if they’re ever struggling we need to encourage them to seek help – it shouldn’t be seen as a failure.”

Paediatrician Dr Ranj Singh is on a mission to ‘change the narrative around boys’ emotions and mental wellbeing. He wants to encourage boys to talk about their feelings and manage their mental health as they navigate growing up.

Like grown-ups, children and young people are experiencing loneliness, anxiety, fear, stress and worries for their future in a world that’s been turned on its head.

Half of all mental health disorders in adulthood start by age 14, according to the World Health Organization, but most cases are undetected and untreated and this can have a toll on men in particular, with male suicide rates in the UK the highest in two decades.

The UK-based doctor believes tackling entrenched stereotypes at a young age is key to raising healthy, well-adjusted men. And, in particular, speaking to boys at an early age about respect and issues such as consent in relationships can help create a world in which everyone feels safer. 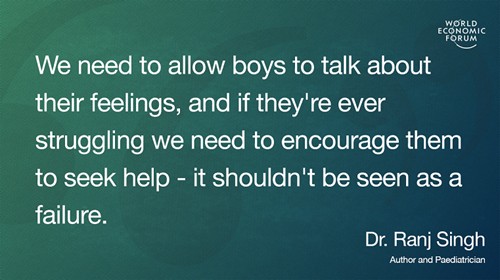 Dr Ranj Singh is advocating a more open culture when it comes to men and relationships. Image: World Economic Forum

It is a topic that is in the spotlight right now in the UK following the recent murder of Sarah Everard in London. Her death has ignited calls in the country to ‘educate your sons’ and for schools to teach children about women’s safety.

But violence against women is a global issue. The latest data from UN Women UK shows the majority of women and girls experience sexual harassment in public places, while the World Health Organization reports that almost a third (27%) of women aged between 15 to 49 years old have been subjected to physical and/or sexual violence by their intimate partner. 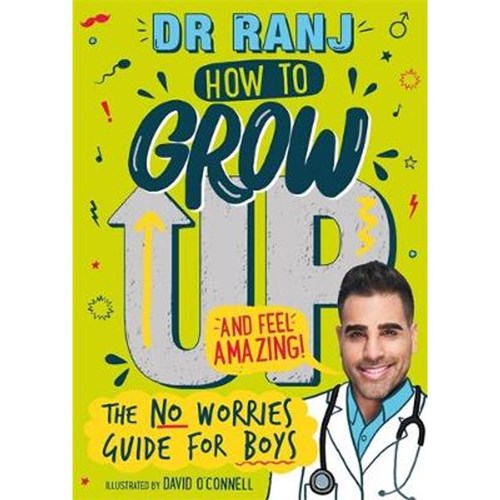 Here Dr Ranj talks about his new book How To Grow Up And Feel Amazing: The No Worries Guide For Boys, and explores how we can help boys navigate the challenges of adolescence.

Why did you want to write this book?

Given the events of the last year, and the increased focus we now have on mental health, there was a need for an up-to-date version of a grown-up guide for boys. I wanted it to be the book that I needed when I was growing up. I learned a lot of lessons the hard way.

Now, as a professional who looks after young people who are going through difficulties, I wanted to pull all of that personal and professional experience into this book and say, ‘Here you go, here’s all of the lessons you need to know, I’ve done all the hard work for you and hopefully this will help you out’.

What was your experience of growing up?

I was 10 about 30 years ago, so we didn’t have the internet, that readiness of information, plus all the challenges it poses. And I grew up in a traditional Indian household, so my parents could only offer so much support because they hadn’t really been told either. All the information I got was from school.

Over the last year, school has been even more limited for young people, so I think it’s even more important to address these things. I struggled with my mental health and with things like body image and confidence, which we know affects boys, not just girls. Twitter Link

What areas does the book cover?

We talk about everything from looking after your skin and shaving, through to subjects like identity, what does it mean to be a boy? How do you look after your mental wellbeing, why is sleep so important?

And also let’s talk about girls and what everybody else goes through. What actually is masculinity? Why do you have to be a certain way? Or can you just be amazing and celebrate yourself in your way? And you absolutely can.

Right now where you are in the UK, there are a lot of conversations about respect and women’s safety following the murder of Sarah Everard. What role does education have to play?

One of the messages that seems to be coming out is that men need to do better. And that’s quite right. It’s not all men, but it’s a lot of men. We can all turn the mirror on ourselves, and think how can I do better?

How can I make this world a safer, better place for everybody, especially for women. And one of the messages is we actually need to start much younger, we need to start talking to boys.

It’s not just about changing our attitudes and behaviours as men, but it’s also about teaching young boys, from a young age, how to behave, how to interact, how to think and how to respect and deal with other people. Twitter Link

As a parent or carer, how do you broach those conversations with children?

Find a starting point, like something that happens in the news or a storyline in a soap, to peg conversations onto. But your young people will also probably be seeing a lot of stuff online and they’ll have questions. So check in with them and say, ‘Is there anything that’s bothering you right now that you want to talk about?’ Twitter Link

How do you tread the line of addressing these issues sensitively, without demonizing or emasculating men?

It’s a really difficult subject area because none of us know how to approach this quite right and it’s different for everybody. I talk about what it means to be a boy and how traditional masculine behaviours and values don’t apply to everybody. It’s also about giving boys the permission to be who they are, they don’t have to be a particular way.

Being a boy can be whatever you want it to be as long as you’re being the best person that you can be. We talk about core values like respect and kindness and love and compassion, as well as some of the more traditional masculine values that people often put on boys like leadership, being ‘macho’, not showing your feelings.

I want to change that conversation because we need to allow boys to be vulnerable. Twitter Link

You talk about emotions in the book and say ‘boys do cry’. How important is it to address those kinds of stereotypes?

Not all boys and young men have had permission to talk about feelings and to be open. When we don’t address those emotional needs when they’re young, they carry that baggage with them, and it leads to problems when you’re older.

We need to allow boys to talk about their feelings, and if they’re ever struggling we need to encourage them to seek help – it shouldn’t be seen as a failure.

What impact has COVID-19 had on young people’s mental health?

The last year has been especially difficult for young people because their world has changed. Whilst COVID itself has caused so much devastation, both directly and collateral damage, we must never forget that the mental health fallout from COVID is something that we’re going to be dealing with for quite some time now.

This is especially true amongst the younger members of society who haven’t had that social or peer support and school support that kept them on track.

This article was brought to you thanks to the collaboration of The European Sting with the World Economic Forum. Author: Kate Whiting, Senior Writer, Formative Content

What’s the World Economic Forum doing about the gender gap?

The World Economic Forum has been measuring gender gaps since 2006 in the annual Global Gender Gap Report.

The Global Gender Gap Report tracks progress towards closing gender gaps on a national level. To turn these insights into concrete action and national progress, we have developed the Closing the Gender Gap Accelerators model for public-private collaboration.

These accelerators have been convened in Argentina, Chile, Colombia, Costa Rica, Dominican Republic, Panama and Peru in partnership with the InterAmerican Development Bank.

In 2019 Egypt became the first country in the Middle East and Africa to launch a Closing the Gender Gap Accelerator. While more women than men are now enrolled in university, women represent only a little over a third of professional and technical workers in Egypt. Women who are in the workforce are also less likely to be paid the same as their male colleagues for equivalent work or to reach senior management roles. Twitter Link

In these countries, CEOs and ministers are working together in a three-year time frame on policies that help to further close the economic gender gaps in their countries. This includes extended parental leave, subsidized childcare and removing unconscious bias in recruitment, retention and promotion practices.

If you are a business in one of the Closing the Gender Gap Accelerator countries you can join the local membership base.

If you are a business or government in a country where we currently do not have a Closing the Gender Gap Accelerator you can reach out to us to explore opportunities for setting one up. 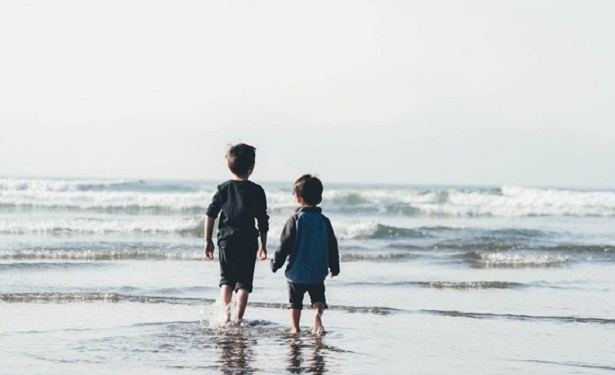