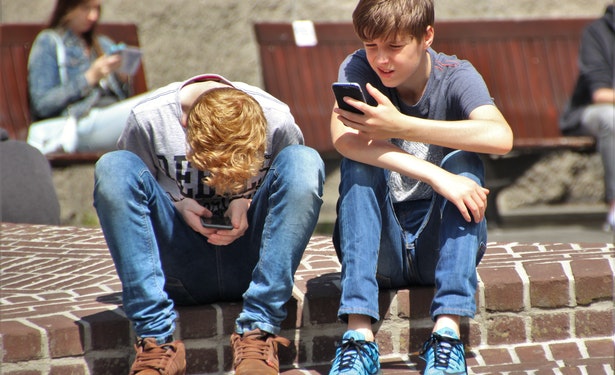 1. One in three grandparents say that mental health is their biggest concern for grandchildren

2. Half of parents are worried that their child’s mental health is now worse than pre pandemic

With many young people struggling with their mental health across England, new research by mental health charity Mind shows that one in three (34 per cent) grandparents say that mental health is their biggest concern for their grandchildren’s generation and that half of parents believe that their child’s mental health is now worse than pre pandemic.

Mind carried out its research with over 2,000 grandparents and 2,000 parents across England as part of its #FundtheHubs campaign and identified widespread support for a network of early mental health support hubs for young people in England. The aim of the hubs is to provide vital wrap around wellbeing support for young people when they first start to experience mental health problems, with no need for a referral or appointment.

The data also revealed that fewer than two in 10 parents (15 per cent) believe that the UK Government is doing enough to support young people’s mental health, with seven in 10 (71 per cent) saying that it is difficult for young people to get NHS mental health support.

Only one in five grandparents (21 per cent) think the government is doing enough to support young people’s mental health with three in four (75per cent) believing that the UK is facing a mental health crisis.

“The mental health needs of young people are increasing rapidly. Recent figures show that one in six children aged five to 16 identified as having a probable mental health problem in July 2021*. In 2017, it was one in nine young people. However young people are still left facing an agonising wait in a system that cannot keep up with demand and the UK government’s response so far has just not been good enough.

“The scale of unmet need for relevant and appropriate mental health support for young people is huge and growing. By not acting now the UK government risks failing a whole generation. A successful 10-year cross-government plan for mental health must commit to Funding the Hubs. The provision of a network of early support hubs for young people across England would make sure 11-25 year olds have somewhere to go when they first start to struggle – rather than being left to reach crisis point and needing more intensive – and expensive - support. The earlier a young person gets support for their mental health, the more effective that support is likely to be.”

1. Nine in 10 parents surveyed (90 per cent) feel that young people should have access to early support when they start experiencing problems with their mental health and wellbeing
2. Nine in 10 parents (90 per cent) think young people should have access to drop-in mental health support in their communities.
3. 82 per cent of parents who think it is difficult to get NHS support for young people’s mental health say it is because waiting times are too long, and 71 per cent said it is because there isn't enough support for young people when they first experience problems.
4. 88 per cent of parents think a nationwide network of hubs should be set up, and 76 per cent of them think the government should fund them.
5. Half of parents (52 per cent) say they’re worried that their children’s potential will be limited without proper mental health support.
Natalie Bailey, Chair of the British Association for Counselling and Psychotherapy, said:

“It’s distressing that parents and grandparents are not only seeing the devastating impact the pandemic has had on their children’s mental health, but that it’s having an effect on their own wellbeing too. They’re desperate to know what they can do to help, where they can turn for support and many feel like they face a brick wall when trying to access mental health support for their children.

Investment that will provide early access to a specialist children and young people’s counsellor in communities, such as in these hubs, is crucial in meeting the rising mental health demands of young people. We know there are trained and skilled counsellors able to take on these roles if funding was provided. The Government must listen to these calls for further investment in specialist counselling provision for those children, young people and families who desperately need support.”

Harkiran Saib (56) lives in Redbridge, East London and is mother to Sandeep and her younger brother. The family moved to Redbridge in 2012 when Sandeep was 23. It was at that point that Sandeep started to show signs of being unwell and after an attempt on her life was diagnosed by the GP with anorexia nervosa, body dysmorphia disorder, obsessive compulsive disorder and depression, and prescribed anti-depressants.

“The situation got worse gradually over about a year and a half. At that point, I didn’t know anything about mental health issues so I didn’t recognise the signs, but my husband and I knew something was wrong. The lowest point for all of us came in August 2014 when she tried to take her own life. I found her in the toilets at our local Gurdwara and I just felt so helpless – I didn’t know how to help her and I didn’t know what to do for the best. She had become completely cut off from everyone and everything she loved.

“We sat down with her and told her she needed help and suggested she see the GP which she agreed to. The GP diagnosed her with anorexia nervosa, body dysmorphia disorder, obsessive compulsive disorder and depression and prescribed anti-depressants. She went on a seven month waiting list for counselling. I knew that seven months was just too long to wait – Sandeep needed help now. I honestly didn’t know whether she would still be with us in seven months’ time.

“We decided to seek private counselling for her and she started straight away. We finally got the call from the NHS to start therapy with them after seven months and within 6 to 7 sessions we started to see an improvement… Eventually she reached a point where she stopped the private counselling and carried on with the NHS therapy. By this point we were into 2016 – so we had reached a more positive point after four years of illness and treatment.”