Is modern masculinity in crisis, what to do about the Lost Boy's ? 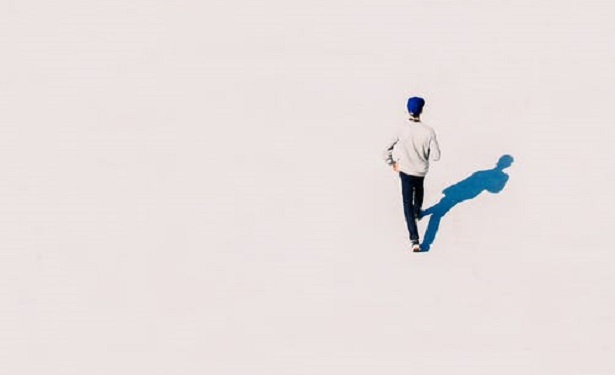 Why male friendships must change for suicide prevention, a view on MASCULINITY...

World Suicide Prevention Day was six days ago, and it is worth considering what type of conversation we are encouraging men to have. We know that men are less likely than women to reach out for help when they have mental health problems. We know male friendships need to move beyond pure banter. We know men are likely to bury their pain deep only for it to explode out one day. We know this by the prison figures and the suicide figures, which spiked in 2018 and again showed men as accounting for 75% of people who take their own life. But we know the message is slowly getting through to men, simply through the organisations – such as CALM and Andy’s Man Club and State of Mind – and famous faces – most recently Jonny Wilkinson – spreading the word in such effective ways.

But say men do sit down together, what do we want them to talk about and how? My fear is that talking about our emotional problems may become an exercise in box-ticking, another thing for us to blurt out, deal with and resolve, when what is required is a fundamental change in the way male friendship works in our society.

It is common in other cultures for men to hold hands when walking down the street. It is common for men to address each other in tender terms. This country must be the only country on earth where men call each other ‘cunt’ as a way to show affection. Ok, maybe Australia too.

When I look at my seven-year-old son and see his friendships with his peers, the level of open affection and care is remarkable, and it operates as a counterpoint or actually complements the expected rough and tumble. But the main thing that strikes you is not the battling, it’s the way he and his best friends will hug, they will show care when another is upset, and this is daily thing.

Where does that level of explicit, continual affection between male friends go? At what point do we make boys self-conscious about such feelings, and have them believe that to be affectionate is wrong, that brotherly love in this way is odd, that your friendships have to operate at a purely superficial level?

It is hard to say, but this is what happens as they begin to brush against society in playgrounds, at the kitchen table, in clubs, sports teams and later in the world of work. Somewhere along the line, we are guided away from friendships with true emotional depth. Not always, of course, but in general, the territory of male friendship is all show and no tell. It can be a laugh, it can have its moments of love, particularly at football matches or weddings, but all too often the real traumas of life are kept hidden away, reserved for wives, girlfriends, boyfriends, the one person at home. This is not enough, it’s not nearly enough. It means all too often, particularly the older you get, the more men become isolated.

How can we, therefore, begin to change the way our friendships work. Well, it does come down to opening up and talking, but it’s about what we actually say to each other. And how we listen to the responses.

“Every day is a struggle.”

Crucially, it is also flagging up the idea that this is not just a one-off conversation, but that you want your friendship to begin to work on different levels. As well as the jokes, you want to go deep.

“I don’t think we’re ever honest with each other.”

“I love you but I don’t think I know you, really.”

“I want us to support each other properly.”

And it’s about establishing a consistent level of contact and support.

“I’ll call you on Monday after work.”

“I’m here for you any time of the day or night.”

These are the new parameters on which a friendship can develop. It’s not easy, it’s nerve-wrecking, embarrassing, but only because we have been taught that it should be so. When in fact, this is life right here, the community and sharing of stories and an understanding of pain – a whole part of life we often miss out on.

If we’re talking about what we can do for suicide prevention let’s start close to home, with our own friendship groups. If we can evolve our relationships to truly provide and receive support then we can make a difference. And hell, make our friendships a lot more involving, genuine and less boring than before. It will change your life.

Is modern masculinity in crisis? As part of a new series for the Guardian, journalist Iman Amrani is speaking to men across the country about the issues that are affecting men and boys in today's society...