The New Man: a film about fatherhood, for fathers 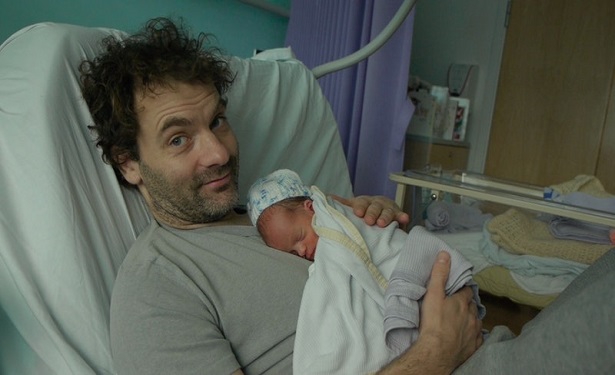 'Because women go through the obvious physical change, the man’s role is supposed to be “the rock” – something very reliable and emotionally inert and unchanging. In fact, your life and role is changing just as much'.

'I basically went into a total vortex mentally, I shut down quite a lot, I drank and smoked a lot, I wasn’t really emotionally present or available. But I did have this camera – a way of framing this unreality and having a little distance from it'

A married couple (writer Devorah Baum & filmmaker Josh Appignanesi, The Infidel) turn the camera on themselves as they undergo the sometimes hilarious ordeal of becoming parents in our era of IVF, late reproduction, and the crisis of masculinity. But when life-threatening complications hit, they’re tested to the brink. What emerges is an intimate, moving portrait of a generation going through a revolution that no-one’s talking about.
En route we encounter the likes of Zadie Smith, John Berger, Antony Gormley, Slavoj Žižek, Hisham Matar, Darian Leader (20,000 Days on Earth) and David Schneider.
It’s a film for anyone who has children, is thinking of having them, or still feels like a child themselves.